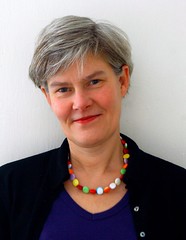 Happy new year! Parliament resumed this week, and the holiday seems a long time ago.

I spent the first day back dealing with a backlog of emails. But by Wednesday, I was up and out of the office very first thing to attend a breakfast meeting. I met businesses and campaigners to discuss the alarming number of households living below the official poverty line, even when at least one person in the family’s got a job.

It was a good day to be discussing the subject. The campaign to End Child Poverty had just published figures that morning showing Greater Manchester has the third highest rate of child poverty in the country. Many of those children have a parent in work, but on wages too low for them to be able to meet household bills.
The government wants people to take work as a route out of poverty. But it is freezing the working tax credit that helps people on low wages to make work pay. It’s also cut help with childcare costs. It simply doesn’t make sense.

Prime Minister’s questions were a bit subdued. A rush of agreement broke out between Ed Miliband and David Cameron on the subject of Scottish independence. The Scottish Nationalists want to hold a referendum for people in Scotland to decide if they want to leave the UK, but not till 2014. I have to say the Prime Minister asked a good question when he wanted to know, if the SNP are in such a hurry to leave the UK, why they want to delay a referendum.

Thursday saw a debate on progress on recommendations made in the last parliament to improve the diversity of backgrounds of MPs. Despite a higher proportion of women and BME MPs than in any previous parliament, we’re still far from representative of the country. Less than a quarter of MPs are women, and the number of disabled MPs is shamefully low – they continue to experience extra hurdles in parliament.

I was very pleased to respond to the debate on behalf of the opposition as our spokesperson on equality. It’s an issue I feel very strongly about. I don’t think we can do the best possible job unless we have people from a wide range of backgrounds in parliament. MPs draw on their own life experience when debating new laws. If we all have similar backgrounds, we’re bound to miss ideas, misunderstand problems, and simply miss the point.

But the lifestyle and the yah-boo atmosphere in parliament put off lots of potentially excellent MPs, and for many people, the cost of standing for parliament, especially if they have to give up a job or travel to another part of the country to find a seat is just out of the question.

There were some really good ideas to address these problems, but progress is painfully slow. At present rates, it will take another 14 parliaments to get equal numbers of men and women MPs. That’s another 70 years. It isn’t good enough.

There was however some good news for our first week back. The government were defeated on important votes in the house of lords, on cutting benefits for disabled children, and on restricting access to benefits for people with long-term health problems or disability. The government’s plans would mean cancer patients for example could be forced back to work while they’re still receiving treatment or feel too unwell. Ministers say they will reverse the decisions of the house of lords when the bill comes back to the commons, but we’re determined to fight back to prevent this. They’re way out of touch with the public on this one.

And we also won a vote in the commons to defeat a bill that would restrict paid time off for trade union reps to carry out their union duties in the workplace. Tories seem to think unions are ripping off businesses, but the truth is that union reps use the time to help solve workplace problems, deal with health and safety issues, and represent employees who may be facing redundancy or need time off to care for an elderly relative or their kids. In fact, no employer has asked for this change in the law, because they know it helps the workplace work more smoothly. I’m pleased to say the bill was heavily defeated – let’s hope that’s one mad idea that won’t be coming back.